Airsoft Sniper Range: How Far Can They Shoot?

Airsoft Sniper Range: How far can they shoot? 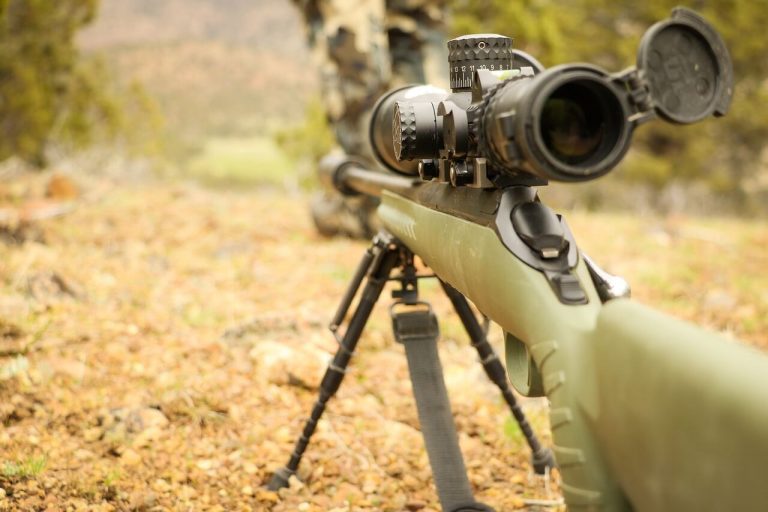 Snipers are pretty damn scary. Getting shot without knowing who shot you or where they are leaves you paranoid and unsure of where to position yourself. One second, you’re talking to your buddy on your local airsoft field, and the next second his hand is up in the air because he was shot with a BB.

It doesn’t help that many airsoft snipers wear camouflage (like a ghillie suit) to help them blend in with the trees and bushes. They can easily take out multiple targets before players can figure out where they are (This happens more often then I care to admit).

This playstyle can be fun at times, and newer players often are intrigued by getting themselves a sniper rifle. Because snipers are known for their ability to hit targets from long distances, a common question that gets asked is what the range of an airsoft sniper rifle is.

What can affect range?

There are several internal and external factors that can affect the range of your airsoft sniper rifle. Those factors are:

Hop-up – Hop-up is essentially a mechanism that applies backspin on an airsoft BB. This is so that when the BB exits the barrel of the airsoft gun, it isn’t immediately dragged down by gravity. This allows it much straighter and with more accuracy. You want to make sure you use an R-hop, as it allows more contact to be made between the bucking and the bb. This creates more backspin which in turn adds more range.

Barrel – Good barrels won’t have any coating and will have tight tolerances. This ensures the flight of the BB is as smooth as possible. Companies like Laylax and PDi have good barrels you can upgrade your airsoft gun with.

BBs – The type of BB you use can have an impact on the range of your airsoft sniper rifle. Heavier BBs are able to retain energy much better than smaller airsoft BBs, allowing them to travel further. The caveat is that larger BBs will move slower that smaller ones, so keep that in mind. You’ll also want to wash the BBs as many of them have some sort of wax on them, which can contaminate the hop-up rubber and reduce performance.

Spring – Having a heavier spring will apply additional force to your airsoft BBs, allowing them to travel much quicker. Since the BBs are moving faster, they can travel further before the effects of gravity take over. Be careful you don’t overdo it as too strong of a spring will make the BB unstable in flight.

Air seal – Make sure you have a good air seal in the gear box because it seals the compression unit and the hop-up unit to ensure all the air is being pushed out the nozzle of the airsoft gun.  If there is an air leakage, the power being exerted on a BB will be much less, and the BB won’t travel as far.

Location– If you’re on the top of a building or somewhere you have a significant height advantage, you can expect the BB travel much farther than if you were at ground level. If you’re shooting up at someone, the BB won’t travel as far, and it would be much harder to hit your target. Also, if your in a location with a higher-elevation (Ex: Colorado), less air-resistance means your airsoft BB will be able to travel further than if you were somewhere near sea elevation,

Weather – Don’t expect to hit your maximum effective range on a windy day, especially if you shooting against the wind.

How Does the Airsoft Sniper Range Compare to Other Airsoft Guns?

Something to keep in mind is that airsoft sniper rifles, when used straight out of the box, will have a similar range to your standard AEGs. This is pretty useless as these sniper rifles wouldn’t be able to keep up with the automatic firing capabilities. However, once you begin upgrading the airsoft sniper rifle, you should start to see range and overall performance improve.