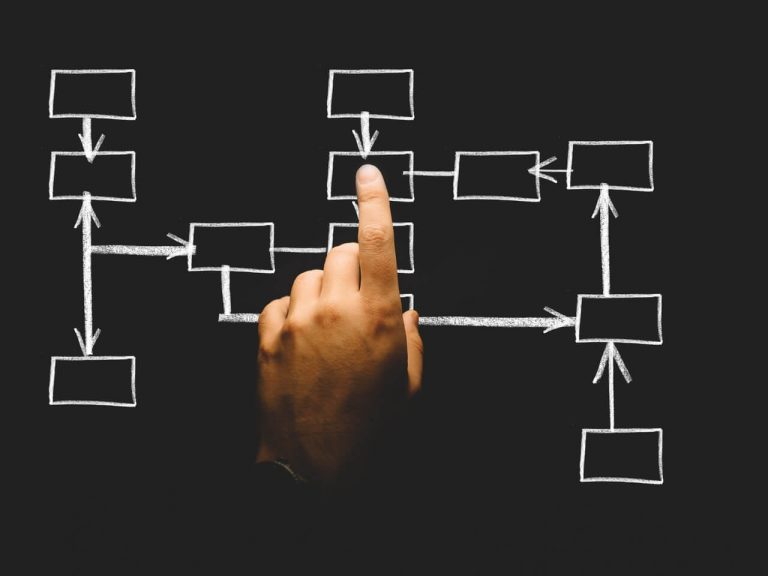 Though running and gunning is certainly fun, airsoft is a surprisingly-nuanced game requiring clear thought and strategic whit. Even new and experienced players can improve how they approach situations during a given match. Accordingly, successful gameplay is built upon a tactical foundation. This will elevate your game and help you get a leg up on the competition.

We’ve compiled a short list of tips you can utilize during your matches. From beginner to advanced in scope, these pointers will keep you in the fight while adding more enjoyment to the game of airsoft.

Squad leaders are incredibly important during airsoft matches. These seasoned strategists ensure their entire team works as a cohesive unit. This is especially important during milsims, when delegating firepower is key. Airsoft is a game of objectives, and squad leaders steer teammates towards victory. Quite often, they dictate how squads tackle multiple capture points simultaneously. Spraying rounds wildly may be an effective approach during team deathmatches, but domination-based games are aching for effective leaders.

To that same effect, communication in the field is crucial. Even wielding something as basic as a walkie talkie can keep multiple groups in the loop. As games swell in size and environments grow larger, this advantage is indispensable. Consider this: if your position gets overrun, clear communication channels make it easy to summon help. Gunners left to their own devices may not be so lucky. Good leadership and radio chatter are often overlooked, and can elevate your in-game success.

Use a Loadout That’s Comfortable for You

While bringing a high-performance gun into the fray is useful, equipping yourself with a gun that’s comfortable can be even more impactful. Airsoft is a dynamic game with changing weather conditions, environments, and demands. Bringing along a trustworthy, primary weapon is essential. You should know your weapon like the back of your hand. If you can’t shoulder or operate a rifle swiftly, your performance will suffer. The same goes for sidearms like pistols and even SMGs.

However, there are more pieces to the puzzle than just a gun. Playing your best means feeling confident in your entire setup. That includes clothing, storage, accessories, and more. Feeling comfortable in your wardrobe is important. Dressing incorrectly for the weather is unpleasant, and donning restrictive clothing is limiting. Camouflage is another consideration. It never hurts to throw a little style in there either! If you look good you’ll feel good, and if you’re well-equipped you’ll be ready to dominate.

Keep Moving, No Matter What

While conventional war is often fought on organized fronts, airsoft battles can be a little more chaotic. Capture points are always changing, plus downed players are constantly displaced and sent packing to respawn points. Airsoft is an offensive game. Teams are opportunistic and will exploit enemy weaknesses. It’s easy for small groups to split into guerilla forces – especially sniper and spotter pairings.

For these reasons, staying put in one place can be a death sentence. You can be flanked or surprised by regrouping opponents. Things get trickier when you’re camped in a space with limited visibility, like a building. This limits your field of view, and exterior walls are good at concealing advancing enemies. Those snipers we mentioned are especially fond of picking off unsuspecting players. Moving proactively is a strategy that’ll save your skin time after time.

Reducing your silhouette is crucial in airsoft. The larger a target you present to your opponents, the more fire you’ll draw. Airsoft is a game of low-hanging fruit – players will seek the easiest targets first before taking on entrenched enemies. That said, most players will aim for center mass. Your core is the largest target you can present, so do your best to stay behind cover. Don’t expose more of yourself than you need to. Though most of your body may be protected behind an object, ensure you don’t take it for granted. Accordingly, return fire when you’re least at risk.

Try your best to keep your head down when on the run. Whatever you can do to make your frame more compact will give opponents fits. This applies during CQB when BBs are flying everywhere, and outdoors where snipers run rampant.

We’ve touched on cover, which includes solid objects that BBs cannot penetrate. Conversely, concealment offers a hiding place that isn’t structurally sound. Bushes and other foliage allow rounds to pass through. While these may help you remain undetected, you’re vulnerable the moment things turn sour.

Emerge from Cover with Purpose

When behind cover and especially concealment, you have to strategically choose when to take risks. If you need to scan for opponents, pop your head above cover carefully to examine small areas. Do this successively as required without spending too much time exposed. Otherwise, you’ll become an easy target for opposing players. While cover lends itself to defensive stands, you may choose to launch an offensive from your hideout. If possible, dash between cover rapidly while laying down suppressive fire. When emerging from concealment, your moves must be more measured. Since you don’t benefit from the protection cover provides, concealment is better suited to ambushes.

In addition, pop out of cover with your weapon drawn and raised. Gazing down the sights will allow you to acquire targets faster. You’ll beat opponents to the punch and seize control of the exchange.

Flank Your Opponents to Gain an Advantage

Say your team is fighting against a group of other enemies. Four of you are firing across a field at four opponents, and while cover is plentiful, neither team can seem to gain an advantage. To one side, a forested area provides additional cover and concealment while bridging the gap between both positions. In these instances, flanking may be necessary to achieve victory. Teammates also make this much easier.

Your team firepower will determine how many players move to flank. Should your weaponry be superior to your enemies’, fewer players will need to stay behind. These teammates will act as decoys, drawing enemy fire while the flankers move into position. Moving through the neutral area to the side of the main battle, flankers can gain positional advantages over their opponents, often while avoiding detection. Should luck be on your side, it’ll be relatively easy to take opposing players by surprise. These perspective changes will allow you to circumvent enemy cover.

Control Your Rate of Fire

Any airsoft player will tell you that ammo is a finite resource. Though your utility belt may be stocked with additional magazines, conservation practices are key. Nobody wants run empty while locked in an intense battle. Luckily, developing some simple habits will help prevent that.

AEGs are some of the popular airsoft guns today, and for good reason. They allow you to send a number of BBs downrange quickly, yet give you the option to dial pace back as needed. This is achieved through select-fire modes. When you’re in desperate need of more firepower to hold off advancing forces, automatic fire may be the best tool at your disposal. However, a disciplined player recognizes when controlled fire is adequate. If your focus is marksmanship, dial your gun back to semi-auto. When trying to pin enemies down or emerge from cover, targeted bursts are useful. From here, you can fire more conservatively as you regain control. This will help you save ammo, and your battery will also be much happier as the match progresses.

Know When to Retreat

Unfortunately, not every battle has a clear path to victory. When you and your teammates are overwhelmed, it’s sometimes more useful to withdraw and regroup. This gives you time to reload, strategize, and organize before attempting another assault. Falling back is even useful during stalemates. When neither side makes progress, ammo and energy are being thrown away to no benefit.

If you’re with a group, do your best to move from cover to cover as you make your exit. Have some teammates remain staggered behind briefly to provide covering fire if needed, before your rear line takes the reigns. Repeat this process until you’re safely in friendly territory. That breather will help you gather yourself before rejoining the fight.

Monitor Your Surroundings at all Times

Though a location may offer relative safety at a given time, tides can quickly change. No matter what environment you find yourself in, you’ll want to keep your eyes constantly active. Scan your surroundings. Look for movement, signs of activity, or anything that looks out of place. Accordingly, your gut is a powerful tool. If you feel you’re wandering into an ambush, listen to your instincts and take an alternate route. At the very least, proceed with an abundance of caution.

While airsoft is an intense game, many matches are won covertly. That means enemies will likely branch off from the main skirmish and seek alternate ways to gain advantages. While you think you’re being sneaky, your opponents may very well be following the same playbook. Vigilance is a crucial self-preservation tool. While this may seem like common sense, you’d be surprised by how many players overlook important, strategic details. While on high alert, you just might be able to get the jump on enemy squads. At worst, you’ll avoid excess danger and react to threats much more rapidly.

While playing within a group, there’s nothing to gain by trying to wear numerous hats at once. Effective teams delegate roles and responsibilities, then act on those goals. When everybody has a job to do, your squad will run like a well-oiled machine. That said, don’t be the player that micromanages or assumes multiple roles at once. Chances are this will cost you in battle. Focus on the main tasks at hand, while trusting that your teammates will deliver. This clears your mind without spreading yourself too thin. If you’re overextended, your mission will suffer alongside team performance.

We hope you find these tips useful in becoming a smarter airsoft player. These tactics and reminders are designed to keep you engaged and thoughtful in the field. Armed with this knowledge, you’ll be able to quickly grow and take names as a true airsoft veteran.