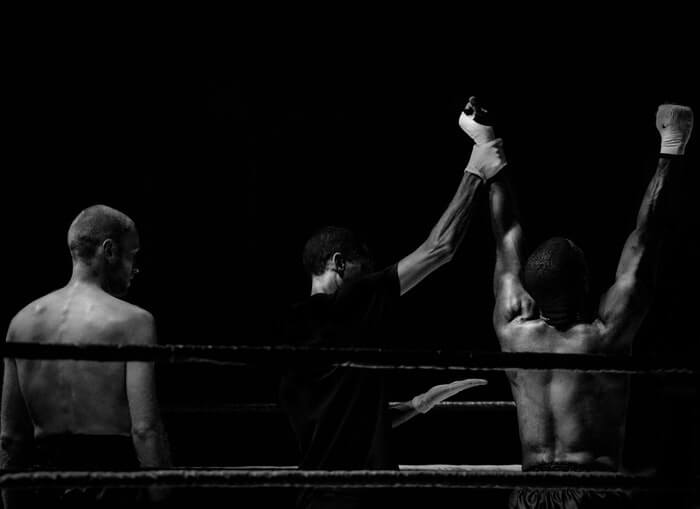 There are a lot of differences between Nerf and Airsoft. In fact, there are more differences than similarities. The two hobbies might as well be in two different categories.

Perhaps, as a beginner, you have been considering both hobbies and trying to figure out which is appropriate for you and your children. If this is the case, today is your lucky day.

We are going to go through all the differences between these two fun sports. We will lay out the facts about each one, listing the pros and cons.

By the time we are done, you will know all the ins and outs of each sport and will be better able to make a decision about which one works for you.

When most of us first were introduced to sports with guns, it was likely through Nerf.

As you will discover, Nerf guns are designed for children, so that is where most Airsoft enthusiasts started out, despite the fact that airsoft is a whole different sport from Nerf warfare.

So what is a Nerf blaster?  Nerf guns are a type of toy dart gun. They fire foam darts, discs or in some cases foam balls.

They come in many forms, including pistols, rifles and light machine guns, in much the same way airsoft rifles do.

There have even been cross-promotional Nerf blaster lines for franchises such as Marvel, Star Wars, GI Joe, and Transformers.

The first Nerf blaster came about in the eighties, though they didn’t become hugely popular till the nineties.

Unlike airsoft weapons, Nerf blasters come with a set of foam darts of the type necessary to fit their chambers, though refill packs can be bought separately.

Most Nerf blasters are compatible with any Nerf darts. However, there is one exception to this rule. Nerf blasters which use magazine systems will only except streamline darts, which have smaller tips.

In 2013, elite darts became the standard, since they were compatible with both magazine systems and those which do not have a magazine.

Much like an airsoft weapon, you can find accessories for Nerf blasters. Things such as ammunition holders, special sites, and accessories to improve the aesthetics of your nerf gun are popular.

Nerf guns are known for jamming, much more than airsoft blasters are. It may be necessary to stop frequently, depending on your Nerf gun, to unjam the weapon.

Airsoft warfare is more intense than Nerf warfare, generally speaking. You must suit up in protective gear and play outdoors, searching for places to hide to avoid getting hit by the projectiles.

Airsoft guns are replica weapons used in airsoft sports. They are a variety of low-power, smooth-bore airguns designed to pressurize air within an internal chamber to fire nonmetallic spherical projectiles. These are commonly but incorrectly referred to as BBS.

Though airsoft weapons are toys, they are often made to resemble actual guns. For this reason, it can be quite difficult to tell an airsoft weapon from the real thing.

Much like Nerf blasters, there are plenty of accessories for airsoft guns. Such things as sites, scopes, barrel extensions and extra ammunition storage are popular.

Airsoft guns look realistic. They are often painted green, tan or black which makes them look like actual, military-grade weapons.

Nerf guns, on the other hand, are very brightly painted. They are made to look like futuristic guns from movies or the toys that they are. You would not mistake most nerf blasters for actual weapons if you saw one straight out of the box.

Airsoft guns can be expensive. The general price for a rifle is from $50-$500. You are paying for that realistic look and feel.

Nerf rifles can range from $5-$50 for the absolute best quality Nerf gun on the market.

If you prefer pistols to rifles, airsoft pistols tend to have prices ranging from $50-$200. Nerf pistols, on the other hand, tend to top out at $30. If you are looking for something cheap, a Nerf blaster might be a better choice than an airsoft gun.

Nerf darts are reusable. As you shoot at each other, you can pick your enemy’s darts up and use them yourself. Darts are replaced as they deteriorate over time. That’s why you only get thirty darts per pack.

Pellets, on the other hand, can only be used once. This means there’s no chance of picking up an enemy’s pellets and using them.

Nerf guns have a smaller range than airsoft guns. The typical range of a Nerf dart is ten to twenty feet. An airsoft pellet, on the other hand can be shot up to 200 feet (350 feet if you have a sniper rifle.) This means that if you’re looking for long-range combat, airsoft guns are the best. However, if you’re just looking for some fun with friends, a nerf gun might be just what you’re looking for.

The wind affects darts differently than pellets. Darts, of course, are aerodynamic. However, they are bigger. This simple fact means that they can be thrown off target in a strong gust of wind.

Pellets are tiny. They are far less likely to be thrown around in gusts of wind, making it much more likely that they will hit their mark.

What Type of Play?

Are you planning to have an intense, heavy battle in the woods? If so, airsoft guns are amazing. You can hide behind things, pop out and shoot your opponents. Nerf combat is usually played in open fields, or sometimes even indoors.

If you intend on target practice, nerf darts will stick in your target in a manner you can see. Though pellets will also lodge in a target, you cannot pull them out, and seeing the hole they leave can be a bit harder, meaning that the bull’s eye might be disputed a bit more.

Furthermore, you must wear protective clothing, including goggles and a face mask when you are playing airsoft. BB’s will sting and cause welts if you are hit with one on unprotected flesh and could easily put out an eye.

Nerf darts, on the other hand, are made of rubber and foam. They barely sting if you’re hit with one. Furthermore, they’re safe to play with indoors and without any special protection.

Airsoft guns have three types of propellants. The most simple kind of propellant is a spring. This type uses only the BBs. You cock the spring back and the BB’s fire.

The next type of propellant is electricity. These guns use rechargeable batteries and will need to be recharged sometimes. The time between recharges depends on the gun, and the battery you are using.

If you don’t want to fool with either spring or electric propulsion, then there are also guns that use some type of gas, CO2 for example. This may seem like a better alternative at first, but it is important to remember that you will have to purchase gas and replenish your gun at every game session.

On the other hand, nerf guns come in two varieties, as far as propulsion goes. Just like airsoft, there is a spring version of Nerf guns as well, and it works just like the airsoft variety.

The second Nerf propellant is provided by regular alkaline batteries. This means that you can replace them when they run low, without having to recharge them and wait to continue play.

Who is going to be using these guns? Nerf guns are targeted toward children. However, that doesn’t prevent an adult from picking up a nerf weapon and having a quick nerf war in the backyard with friends.

Airsoft weaponry, on the other hand, is designed for older teenagers and adults. The people who enjoy airsoft tend to be those who want to have fun with games of strategy and train for combat or those who enjoy Milsim (military simulation).

Because airsoft guns are very much like actual guns, law enforcement officials such as police officers tend to train using airsoft equipment.

Both airsoft and nerf combat work on the honor system. If you have been hit, then you must report it to the officials or call out a hit. However, what happens next depends on the game.

If you are playing airsoft, you tend to be out with a hit, either for the rest of the round or for the game.

In Nerf combat, you generally call a hit and keep right on firing.

If you are someone who likes to mod their weapons, then a Nerf gun is better. Nerf guns are easy to mod. Basically, you just need to pull the gun apart. Further, if you do manage to break something on a Nerf gun, you could buy a new one easily. There are even plenty of informational videos and tutorials on the Internet explaining exactly how to do it.

Airsoft guns are also modifiable. However, the project is not as easy to accomplish. You will need more and better tools to take apart an airsoft gun. Also, if your gun costs $500, it can be a heavy deterrant to modifying it at all beyond buying sites and accessories to attach to the tactical rails.

To help you pick the type of weapon that is right for you, we have come up with profiles of the types of people who may enjoy each gun more.

If you are new to the sport, Nerf guns are a great way to start out. Though Nerf itself is a different sport from Airsoft, it is still a great way to learn how to use a gun. You don’t want to necessarily start out with even a cheap airsoft gun.

Nerf is also a good beginner sport for children, as nerf darts won’t hurt your opponent if you hit them with one, and if your child breaks a nerf gun they’re cheap enough to repair or replace. Parts are readily available, and it won’t take a huge bite out of your wallet.

Airsoft guns are best for those who have been in the sport a little while and are ready to step up from their Nerf guns. The rules are a bit different for airsoft users. You must dress in safety gear including face mask, goggles, gloves and boots.

Airsoft is often played in the woods or in rough terrain, and milsim (military simulation) is common.

It is important to understand that airsoft pellets can hurt people, and can cause property damage. Before using an airsoft gun, you need to make sure that you understand the safety precautions.

Both airsoft and nerf are great fun to play. At first sight, it may seem as if they are the same sport, but that isn’t true. There are very few similarities between the two types of blasters and the kinds of games you can play with them.

Nerf warfare is great for when you just want to play a quick game in the backyard or house, shooting with your friends. Darts are easy to pick up and use. There’s nothing like retaliating by using their own darts against them.

Airsoft guns, however, are great for more serious hobbyists, those who want a long-range shooting experience. They’re great for people who want to play milsim, or want to hit targets that are much farther away.

As for us, we prefer both. Both sports have their own advantages and disadvantages. However, the most important thing is having fun, and both sports are a whole lot of fun.