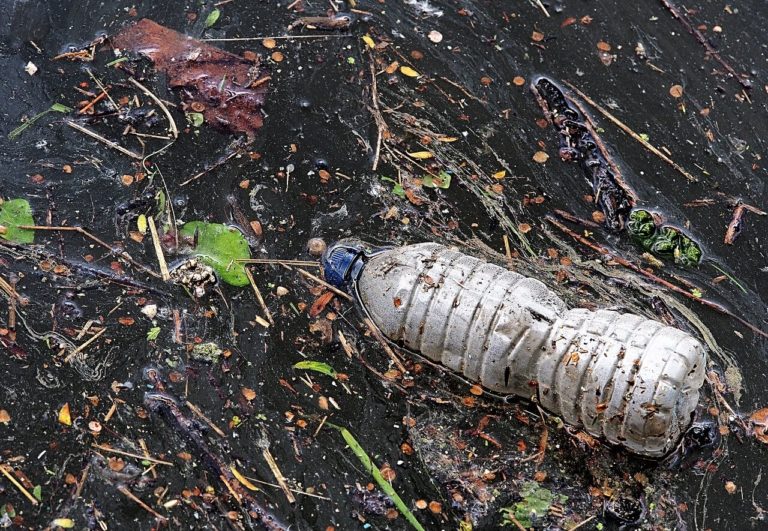 If you’re playing airsoft outdoors, you want to make sure you’re not damaging the environment around you. When you’re firing BBs all day, you can expect the field to be littered with BBs. But are they safe for the environment? Standard airsoft pellets aren’t biodegradable and will remain in the environment they are used in, if not cleared up after use. It is estimated to take as long as a thousand years for certain types of plastic to decompose. However, there are retailers that sell biodegradable BBs that are much better for the environment, and it should be used whenever you play outdoors. We take a look at the differences between traditional airsoft ammunition and biodegradable alternatives, examining the issues surrounding them to give you a more informed choice.

The Environmental Problem of Airsoft Pellets

Wherever you are going to be using an airsoft gun, whether it is in your home, garden, in the woods or at an organized event you are going to leave pellets behind. On many occasions, this may not be a problem, or at least it won’t appear to be a problem. But with multiple players firing perhaps two to three thousand BBs in an area, that really adds up to a lot of plastic left in the environment. If you are playing in an indoor arena it isn’t going to be much of an issue for the owner of the site to sweep up the used pellets for disposal and hopefully recycling. In many outdoor venues, it isn’t going to be possible to collect the used BBs from the dirt or mud of the arena. With tens of thousands of plastic pellets being left in airsoft venues on a weekly basis, this inevitably leaves an unfortunate environmental problem. The fact that standard airsoft pellets take a considerable time to start to biodegrade presents an unnecessary pollution situation wherever airsoft matches take place.  Traditional airsoft pellets are molded out of melted plastic, designed to hold together as they are fired through the airsoft gun mechanism. They are also designed to be cheap and produce a consistent and predictable range of fire. They were never designed with the environment in mind, however. Switching to a biodegradable ammo has the benefit of limiting the damage you do by participating in airsoft and helps you be a more responsible citizen of the world. Additionally, and perhaps sensibly, many fields are now requiring the use of biodegradable BBs to be used in their facilities.

How are Biodegradable Airsoft Pellets Better for the Environment?

As the name would suggest bio pellets are designed to not leave an environmental cleanup issue following an area having been used for airsoft. In most outdoor airsoft arenas it isn’t going to be possible to collect used BBs easily. This leaves a large amount of plastic contaminating the area for many hundreds of years to come. The issue of plastic contamination was, for many years, not thought about in all aspects of our lives. Today, however, more and more consideration is given to the effects of our use of plastic on the planet. Be it plastic straws or packaging, there is a push towards a more sustainable usage of this difficult to breakdown material. The problem of plastic pollution can affect wildlife, their habitats as well as human life. The chemical structure of the plastic used in pellets means they take an extraordinary amount of time to degrade naturally, and have the potential to pollute waterways and the ocean as well as land. When partially broken down plastic gets into the watercourse, it will enter the water system, being ingested by fish and other aquatic life. Not only marine life is affected by plastic in streams and rivers, but humans can suffer when eating those fish too. Since humans are at the top of the food chain our own disregard for the use of plastics are coming back to haunt us. The long term effects of the consumption of plastic may be uncertain but research has found shreds of plastic in the digestive systems of people from many different countries. Studies using animals have found that plastic is able to make its way through the gut barrier and accumulate in internal organs. This isn’t likely to do any good for people’s long term health and should motivate everyone to consider their own use and disposal of plastic. One of the reasons for not choosing biodegradable pellets is going to be the cost. They are more costly than the normal pellets and are only really going to be of use when you are using them in an outdoor setting where it isn’t possible to sweep up the used BBs. However, the price of bio pellets has come down considerably as they are now more often people’s first choice of airsoft ammo and are also being produced to higher standards.

Are Biodegradable Pellets as Good?

Previously, there were quality issues with early biodegradable BBs. Sometimes they would leave a residue on the insides of your airsoft gun. If you didn’t diligently clean the internal workings of the gun it could lead to reliability issues. There have also been problems with bio pellets getting wet and starting to degrade in the weapon before being fired. This is less of an issue now with better pellet construction leading to a longer life before they start to degrade. Biodegradable pellets are pressed together and then coated with a light covering of resin. This resin will start to degrade when exposed to moisture or sunlight. When the resin, holding the powder which was pressed into the pellet shape, has been removed there is nothing left to prevent the pellet from breaking down and being absorbed into the environment. Biodegradable pellets start this degradation process far quicker than the traditional BBs which could be around for many hundreds of years. The bio pellets start to show some signs of decomposing after about a year of being out in the elements. It is advisable to not open your biodegradable pellet container until you are ready to load your magazine. You should also make sure you store them out of direct sunlight and in dry conditions so that the decomposing process doesn’t start before use. When you load up your biodegradable BBs and fire them, you shouldn’t notice a difference. They are designed to work in the same way as standard pellets and as long as you get the right size and weight there isn’t a difference. The only way to tell the difference between a standard and biodegradable pellet would be to try to break them with pliers or scratch them and leave them in water. The bio BBs should start to degrade in a few hours and turn the water cloudy and the normal ones won’t.

Can You Reuse Airsoft Pellets?

You can reuse pellets but it does pose a risk of causing damage to your gun. The main issue is that a BB which has hit a hard surface may be damaged or distorted. When the used pellet is reloaded and fired it could break up, scratching the barrel. Additionally, it could jam in the magazine or shatter leaving shards in the gearbox. Reusing biodegradable pellets may also cause problems as well as standard ammo. The bio BBs could also shatter or jam but have additional issues if they have started to decompose. It is one thing if you know the BBs you collect are from your airsoft gun, but if you are collecting pellets which have been used by different people you run the risk of picking up pellets of a different mass. These may not be suitable for your airsoft gun, causing your aim to be off at the very least or potentially jam the magazine. Picking up used BBs presents the additional problem of introducing foreign objects to the inner workings of your gun. Debris such as dirt or sand will reduce the effectiveness of your magazine and gearbox of the weapon. This could cause a build-up of dirt in the mechanism of the gun causing a jam or a break. Even if you were to carefully inspect and clean every pellet there is still the danger of micro cracks which are difficult to see and will only become apparent when they splinter in the barrel when fired. Reusing BBs could lead to your airsoft gun not working as it should or gradually degrading its performance. This is going to lead to a repair being required or a new airsoft gun being purchased, and bearing in mind how cheap a bag of 5000 pellets is, this may seem like a false economy. The only way it is advisable to reuse BBs is when filling an airsoft grenade or mine. The downsides to reusing pellets aren’t normally going to apply when you are going to use them in a grenade.  As we have shown, there is very little reason not to use biodegradable airsoft pellets when you are going to an outdoor field, arena or in woodland. While they are slightly more expensive, the harm which plastic does to wildlife and humans should be enough for you to make the more sound ecological choice when it comes to airsoft ammo.