How Old Do You Have to Be to Play Airsoft?

How Old Do You Have to Be to Play Airsoft? 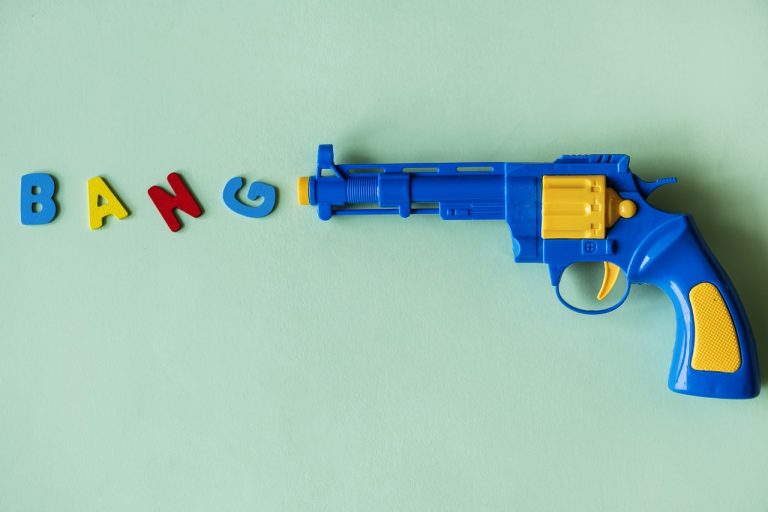 If you have a kid or are a kid yourself, you might be worrying about whether there’s an age requirement in airsoft. If there is, how old do you have to be to play airsoft?

Airsoft guns are not considered firearms, so you can technically be any age to play airsoft. The recommended age to play at an airsoft field is 12 and if you’re below 18 years, it’s illegal to purchase an airsoft gun at your local airsoft store. But you can skirmish on the field with your buddies, provided the rules of your local airsoft permit it.

So, what gives? If you’re below 18 years, you can’t buy an airsoft gun but they allow you to play airsoft? Sounds confusing right? It’s like being told it’s illegal to buy a car if you’re under 18, but you can get a driving license. To try and answer the question “how old you have to be to play airsoft” we’ll have to check the legal issues in airsoft. Let’s do that!

Is There Such a Thing as A Minimum Age in Airsoft?

There’s no minimum age to play airsoft in the U.S. That’s because airsoft guns are not classified as firearms. Anyone can use an airsoft gun and other gear, provided they’re doing so under the law. All states consider airsoft to be a modern shooting sport. Airsoft replicas and other gear are legal. The State of California, for example explicitly states that people of all age can play the sport. The law of the state also considers airsoft guns as tools and toys. If you’re below 18 years, however, most California airsoft fields require you to have a signed waiver from your parents. That’s the case with parks in other states.
But why is it that a 15-year old can’t buy an airsoft rifle but is allowed to shoot one? To answer that question, we need to understand the gun laws and how it applies to airsoft weapons.
Gun Laws and Airsoft

There are some laws that restrict the buying, transportation, and even storage of airsoft weapons. These laws are a bit restrictive, mostly because even while the law sees airsoft guns as toys, they shoot real projectiles. Airsoft replicas also have an uncanny resemblance to real firearms and that could lead to disastrous outcomes.

Case in point, Tyre King, a 13-year old resident of Ohio, was shot to death by police after he pulled what looked like a real gun from his waistband. The weapon recovered from the teenager turned out to be a BB gun with a laser sight attachment. Now, BB guns do a commendable job at imitating real weapons, but they can’t hold a candle to the airsoft guns that are always mistaken for cold hard steel. There are dozens of cases where people were mistakenly gunned down for brandishing an airsoft gun.
That’s probably the reason why the law sets an age limit for purchasing airsoft weapons but allows kids to enjoy the sport.

Of course, you won’t find 3-year-olds playing airsoft. So, there must be an age limit, right?

Turns out, there’s a recommended legal age for playing. And it’s 12 years old. Why 12 and not 15 years you ask?

At 12 years, according to human development experts, a person doesn’t want to be labeled as a preteen. That person is likely to emulate older teens and adults. It is during that stage that the preteen wants to prove to the world that they can be responsible. They are critical of themselves and their appearance, which means that a person is more likely to exercise a bit of responsibility in life. There are some exceptions though, like the unfortunate Tyre King case, but they are few in between.
With effective parental supervision, any 12-year-old can play airsoft safely and observe all the etiquette of handling and moving airsoft equipment. So, if your 15-year-old is into airsoft, you can get him a replica and all the right gear without breaking the law. You’ll have to help him find a suitable field and sign a waiver every time he goes out skirmishing.

Before you let your kids go out skirmishing, you want to ensure their safety, right? Here are a few things you should do to make sure your little one is as safe as they can be on the field.

1. Always Make Sure They Have Their Safety Gear On

You’ll want to make sure they have all their safety gear on whenever they’re on the field. You might be a bit surprised to see folks skirmishing with nothing more than a pair of protective eyeglasses, which is okay for an adult. Your kids, however, should have the protective glasses on together with a face-mask.
You can get a face mask with built-in goggles or the mesh-mount variety which needs a separate pair of glasses. Both of them are equally effective in keeping the face area protected so whichever style you choose is fine.

For the rest of the body, a long sleeve shirt with gloves should work most of the time. The gloves protect the hand area from BBs since they’re most likely going to expose their hands while maneuvering replicas on the field. You might also want to add body armor in the form of a vest which should take care of body impacts.

2. Make Sure They Understand the Rules

In addition to equipping safety gear, learning the rules of an airsoft field goes a long way in keeping your child safe on the field. Most importantly, you’ll want to teach them about safe-engagement distances. Most fields only allow engagement at distances greater than 15 feet to avoid accidents and injuries.
If the distance is less than 15 feet, tell them to yell “bang bang!” instead of shooting the opponent. They’ll also need to learn common signals to communicate with other players on the field. Signaling tells the other players when they’re out, helping them avoid getting shot multiple times. Most of the times, holding your gun above your held and yelling “I’m out!” usually works.

Selecting the Right Gun for your Kid

Selecting a replica for kids is a little bit different from selecting an airsoft gun for an adult. There are a couple of things you should keep in mind shopping for a gun for your kids.

The first thing to remember is the physical size of your child. Some guns are just too big and unwieldy for kids. So, even if little Jimmy wants that high-powered sniper rifle or that AEG machine gun, don’t give in. Small players should avoid big guns. A sub-machine gun would be a better choice for kids.
Next, you’ll want to keep your child’s maturity level in mind and be honest about it. Think if they’ll want to pretend that airsoft replicas are real guns or if they’d want to take their gun and show it off to a friend at school. If you answer any of these questions affirmatively, you probably shouldn’t get them a replica that looks like the real deal. You can get those fluorescent colored replicas or the clear ones to avoid the gun being mistaken for the real thing.

Another question you’ll want to ask where they’re will skirmish. If it isn’t far from public spots or in a dedicated airsoft facility, it’s probably best to get them clear of fluorescent airsoft replicas. Also, make sure the orange tip never comes off because that’s the only marker that tells everyone it’s a toy gun.

That’s just about it. You now know the minimum safe age for playing airsoft. You also have a safety checklist to keep your baby safe while skirmishing. But you’re probably wondering if there’s a maximum age for playing airsoft. Well, there isn’t one. If you’re limber enough to keep up with the youngest players, you can skirmish as much as you want.

Some fields, however, will have a maximum age, as well as other requirements like barring players with existing medical conditions from skirmishing. They do this ensure the safety of all players. It’s hard to get denied admission to your local airsoft field though.

Provided you meet the minimum age limit, you can skirmish there as much as you want. If you’re taking the kids out for a weekend skirmish, always make sure they understand the rules. Also, make sure they know the etiquette of handling airsoft guns to avoid dumb mistakes that can lead to serious harm. Other than that, let them run around and have fun. They’ve been playing cops and robbers for the longest time ever. It’s about time they got a taste of the real action.