What is an AEG in Airsoft?

What is AEG in Airsoft? 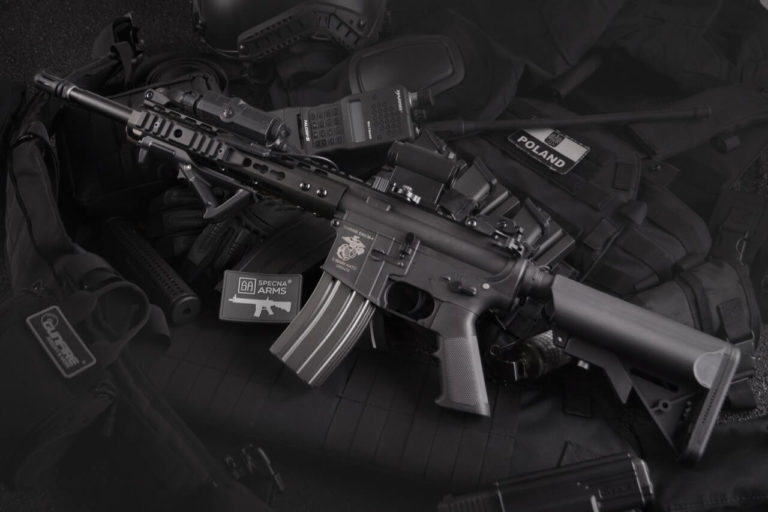 AEG is an acronym commonly used in airsoft that stands for “Automatic Electric Gun”. Players use the term “AEG” when describing airsoft guns that use a rechargeable battery to power an electric motor. The term was coined by the company Tokyo Marui in 1992, as they were the first ones to invent an airsoft gun powered by an electric motor.

Let’s take a deeper look into how an AEG works, and why it is so popular in the airsoft community.

How does an AEG work?

As I mentioned, an airsoft gun is considered an AEG if it uses an electric motor to fire off rounds of BBs.

There are three common AEG motors you might come across at some point: Long Type, Medium Type, and Short Type.

The type of motor in an AEG will vary depending on the type of airsoft gun. Long Types are for airsoft guns that use a version 2 gearbox (M4, MP5, M16, etc.) Medium Types are mainly found in the SIG552. Short Types are mainly found in the AK Series, G36 Series, Thompson, and the AUG.  I won’t go much more in-depth for now since it’s not too important, but it’s something to keep in mind.

Now that you have a general understanding of the different types of motors, let’s see what goes on internally for a BB to be propelled from an airsoft gun.

Here is what happens when you pull the trigger of your airsoft gun:

If you more of a visual learner, then you may be interested in this gif I found that helps explain the inner workings of someone shooting an airsoft gun.

As you can see, this process is continuous until there are no more BBs left in the gun. Once that happens, you’ll have to replace the empty cartridge or magazine with a one that has BBs. At that point the process can continue.

Something to note is that the piston is dealing with force from the gears and the spring, which is why a cheap piston can break fairly easily. The nice thing is that it’s a common upgrade for an airsoft gun, so you’ll find that they are fairly inexpensive to replace.

Why are AEGs popular?

AEGs are very popular, and it’s because of two things:

Performance: AEGs are great because they are very consistent with how they fire BBs. AEGs aren’t affected nearly as much by cold water than a GBB would be. It’s less of a hassle to reload than a GBB, and they typically have a larger magazine capacity than a GBB would. In addition, there are a wider selection of AEGs you can choose from, and it’s much easier to find replacement/upgrade parts that will work for your airsoft gun.

Price: The nice thing about AEGs are that they are very affordable. Because you have a rechargeable battery powering the gun, you don’t have to worry about buying canisters of gas like you would with a GBB or an HPA. You only have to make sure that the battery is fully charged (You might also want to buy some spare batteries just in case you’ll be at the airsoft field for a long period of time).

Although they do require less upkeep in order to perform at an optimal level than a GBB, you still want to make sure that you take good care of an AEG if you decide to get one. You want to make sure you clean the barrel and the hop of the airsoft gun frequently, and make sure your using high-quality airsoft BBs. Be gentle with the cleaning process, as you don’t want to damage any of the internal components.

Hopefully that gave you a better understanding of what an AEG is, and why it’s so popular in airsoft. Although this guide was on AEGs, other ways airsoft guns can be powered are with Springs, Gas and HPA (High-Pressure Air). If you want to learn more about them, read my blog post on the different types of airsoft guns.