What is Green Gas in Airsoft?

What is Green Gas in Airsoft? 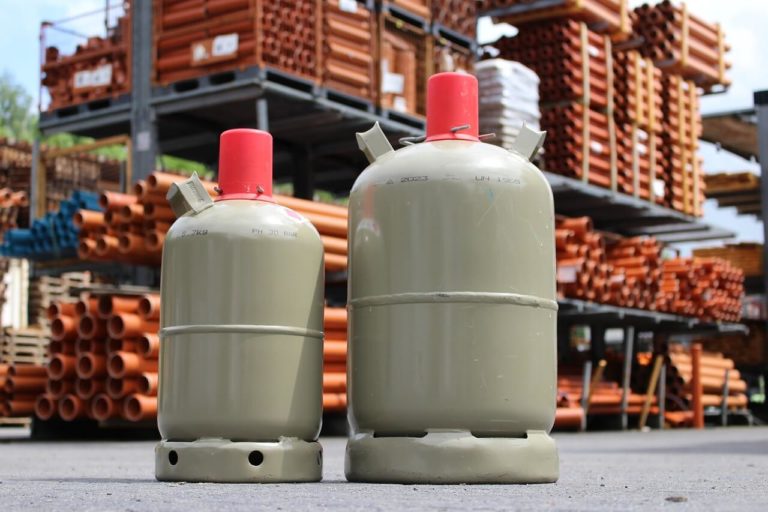 Looking to buy a gas-powered Airsoft rifle? Or do you want to change from CO2 to propane gas on your gas-operated rifle? If so, this guide will cover everything you need to know about green gas

But what exactly is green gas?

Green gas is essentially propane mixed with silicone oil, which gets filled into a canister. When using your airsoft gun, this mixture is  sprayed into a valve, which in turn allows BBs to be fired from the barrel of the airsoft gun.

If you’ve been window shopping for a gas-powered Airsoft gun, you’ve probably come across the Gas-Blowback (GBB) variety of weapons. They are the most popular gas-operated Airsoft replicas for several reasons like their efficiency and accuracy. Most folks go for GBBs for the simple reason of wanting more realism while skirmishing. GBBs not only look like their steel cousins, but they also mimic the recoil of real guns to some extent. The compressed gas pushes BBs out of the muzzle and at the same time, the gas cycles the gun’s receiver ejecting spent cartridges just like a real gun. Skirmishing with one gives the best combat simulation you’ll ever get.

If you’ve ever handled an air gun, you might have noticed those small stainless-steel tubes. Without them, the air gun won’t work. The tubes contain compressed carbon dioxide without any additives and lubricants.

That means you have to take extra care of your CO2 powered gas gun by manually lubricating the seals and valves on magazines after spending a cartridge.

Another not-so-common name for CO2 used to power Airsoft replicas is red gas. It comes in a standard .12g cartridge and it works on all almost every gas-powered Airsoft gun. However, it’s not advisable to use a red gas cartridge on a replica designated to use other types of gases. The difference in gas pressure in CO2 and green gas cartridges, for instance, can cause the seals to fall apart.

What Airsofters call green gas is just regular propane, with a few things added. You can even substitute your can of green gas with regular ol’ propane if you can put up with its Sulphur smell.

A can of Airsoft green gas contains a silicone oil lubricant to help maintain your gun and the magazine. But don’t go opening up green gas cans to see what’s inside. The cans are highly pressurized and can do more damage than taking your finger off. That doesn’t mean using green gas lets you off the hook when it comes to cleaning your replica. You’ll still have to regularly clean and maintain your green gas-powered gun for optimal performance.

Which is Better? Green Gas or CO2?

The biggest difference between CO2 and green gas in Airsoft is how you fill the magazine. Using green gas allows you to refill your magazine’s gas supply between rounds. You don’t have that luxury when using CO2. You’ll have to replace the CO2 can before the gun can fire again. With CO2, the possibility of being surprised by the enemy while reloading a canister entirely within the realm of possibilities. That’s why you’ll want to jam a full can of CO2 on your GBB before skirmishing.

If you’re looking for raw performance, however, CO2 systems are your best bet. CO2 canisters are under much higher pressure than green gas cans. The .12g capsule of Airsoft CO2 has a pressure of 55bar compared to 8bar for green gas. That’s not the whole story though. Carbon dioxide has a higher expansion rate compared to green gas meaning a CO2 Airsoft replica will always fire at higher FPS. So be careful when equipping a CO2 system on your gun because the FPS might be above the limit set at your Airsoft field.

And subjecting your gun to those extreme pressures means it’ll wear out quicker than a gun that runs on green gas, especially if you go for the red and black CO2 variants that have higher pressure. Folks have had their red or black gas-powered pistols pop making the slide fly off.

While CO2 gives your BBs high FPS and your gun gains a higher rate of fire, it’ll stress the internal components of your replica. You’ll have to religiously clean your gun, avoid dropping it, and most importantly, make sure your replica is designated for CO2 use.

Also, due to the high pressure of CO2 canisters, your GBB is bound to overheat after continuous firing. When that happens, you’ll note a significant drop in FPS. Green gas-powered replicas share the fault with their CO2 cousins, but they tend to cool down faster as they’re not subjected to the high pressure of CO2 gas. That means green gas-powered GBBs tend to recover their FPS quicker than CO2 variants.

The next big thing you’ll want to keep in mind when deciding between CO2 and green gas for your Airsoft replica is the cost. Let’s do a simple calculation to show the cost difference between the two systems. Your typical C02 canister lasts for three magazines. If you take 100 full magazines with you to a skirmish, you’ll need about 30 CO2 cans.

When you go for green gas, on the other hand, an 8-ounce canister lasts for about 50 full magazines. That means you only need 2 green gas cans to expend all your ammo. That makes green gas a whole lot cheaper compared to CO2, especially if you get an adapter for your replica that allows you to use regular propane.

If there’s one rule you should always observe when handling a GBB is keeping it away from fire. Those canisters of pressurized gas, especially green gas, don’t mix with fire. Manufacturers will always indicate the optimal operating temperature for their gas cans. Anything above the recommended temperature puts you and your team in immediate danger.

Also, using gas propulsion in low temperatures can affect the performance of your GBB. At lower temperatures, the pressure inside CO2 or green gas canisters drops. You might not notice much of a difference if you’re using the high-pressured CO2 cans, but you certainly will if you equip low pressurized green gas cartridges. When the pressure drops, you’ll most certainly experience a reduction in firing rate as well as your FPS.

And that can be the difference between victory and defeat in Airsoft. Imagine facing off against a handful of opponents armed with AEGs in freezing temperatures. While your green gas powered GBB is on the fritz, those electric Airsoft guns will rain all manner of havoc around you and your team.

What CO2 Propulsion Enthusiasts Will Tell You

As you can see, green gas is by far better than CO2, even if you get reduced FPS and firing rates. A can of green gas lasts the better part of a match. Using green gas also means you don’t have to take cover every time you want to reload and your weapon isn’t subjected to ridiculous internal pressure. Don’t let anyone convince you that green gas is inferior to CO2. Folks partial to C02 always default to the fact that their systems have superior firing rates. Their argument doesn’t hold water because unless you’re strapping the equivalent of a 52-caliber machine gun on the field, there’s no way that stock GBBs can sustain the pressure inside CO2 canisters. They’ll quit on you at some point.

CO2 doesn’t hold a candle to green gas in Airsoft unless you’re talking about brief sessions of rapid fire. When it comes to cost, the durability of your gun, and all-around usability, green gas is the way to go. And manufacturers are catching on quick. You’ll find aftermarket Airsoft parts that help modify your GBB to not only handle green gas but also use regular propane for propulsion. If you’ve bought propane from the local hardware, you know how extremely convenient and affordable it is to use green gas on your GBB.