What Size Are Airsoft BBs?

What Size Are Airsoft BBs? 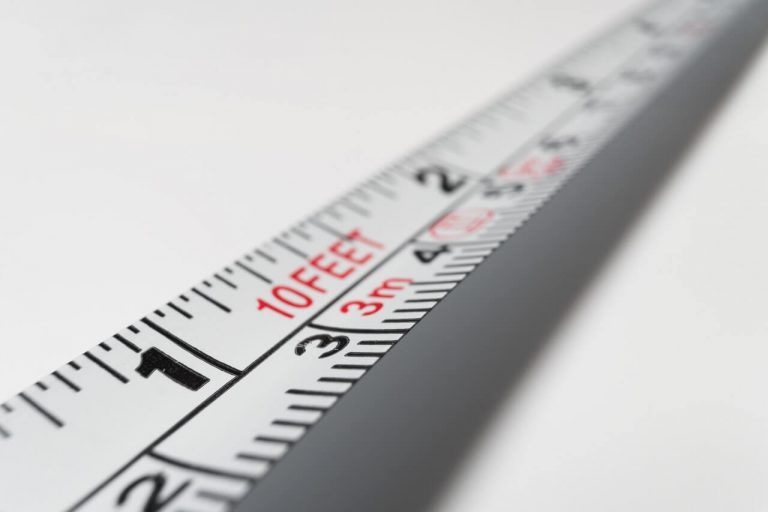 Airsoft BBs come in different sizes, weights, colors, and types which can get pretty confusing for first-timers at the sport, but you’re about to learn everything about BBs to clear the confusion.
Luckily, when it comes to the size of airsoft BBs, there are only two standard sizes – 6mm and 8mm BBs. You won’t be spending too much time chewing over which size to get because most replicas can shoot either the 6mm or the 8mm BB variant.
But there’s a lot more to BB size than that. Let’s take a deep dive into the world of airsoft ammunition to help you get the right ammunition for your next skirmish.

Airsoft BBs are small enough to fit inside the barrel of your replica, but with a big enough diameter to prevent air from escaping around the BB when it gets fired. That way, more air acts on the ammo increasing their performance. The right-sized BB maximizes the feet-per-second (FPS) rating of your replica and the barrel accuracy. You can even get an increased rate of fire with the right sized BB. That’s why size matters when choosing your airsoft ammunition. If you get it wrong, your replica’s performance goes down. You can even damage the gun when you use wrong-sized BBs on it.
Upgrading your replica’s barrel with a tighter barrel that increases the FPS. Most AEGs designed to fire 6mm BBs, for instance, have a 6.08mm barrel. You can replace the barrel with a 6.01mm or a 6.03mm bore barrel for better performance and tolerance. Similarly, you can swap out a 6mm barrel with an 8mm barrel if you want to use 8mm BBs.

But make sure you check with your local airsoft field for the maximum allowed FPS. Going over the limit means you can’t skirmish there.

Which is Better Between 6mm and 8mm BBs?

Good question! There are lots of differences between 6mm and 8mm ammunition. Let’s take a look at some of the biggest differences to help you choose the right ammo.

The first immediate difference between 6mm and 8mm BBs is the size. 6mm BBs have a diameter of 6 millimeters while the 8mm variant has a diameter of 8 millimeters. What does that mean? Well, for starters, 8mm BBs are the biggest ammunition you’ll find on the field. They are also the heaviest.

That makes 8mm BBs more tolerant to stress from the spring and motor in your airsoft replica. That means equipping 8mm ammunition gives you better FPS. And here’s the reason.
Smaller and lighter bullets need to travel faster than heavier bullets to exert the same power factor. That means that lighter bullets spend less time in the barrel after firing compared to heavier and larger bullets. So, your replica will have to endure a higher rate of fire which can wear it down. With larger, slow traveling projectiles that spend more time in the barrel, your replica won’t wear down as much.

The second reason why 8mm BBs are considered better than 6mm variants is that they are more accurate. A large project is less likely to get pushed around by the wind or gravity. It travels true and more accurate compared to smaller, lighter bullets. That 8mm BB magazine is likely to get more kills than a 6mm mag.

If you’re looking for better performance at long ranges, go for 8mm BBs. Snipers absolutely love it because their range is just ridiculous. Add accuracy on top of that, and you’ll pack one heck of a punch. Did we mention that bigger projectiles have bigger impact force? When you shoot the opponent with an 8mm BB, he’ll feel it.
But that doesn’t mean 6mm BBs are not useful. Remember, smaller projectiles spend less time inside the barrel. That can only mean one thing. It takes less time to send a volley of 6mm BBs downrange than it does to shoot 8mm projectiles. The higher rate of fire afforded by 6mm BBs make them the better choice for riflemen and even machine gunners looking to overwhelm the opponent with sustained fire.

A Word on BB Weights

We can’t talk about BB sizes without talking about weight. That’s because it’s not a given that larger BBs always weigh more. You can have a 6mm BB that’s heavier than an 8mm one. Since the weight of your ammunition also affects your gun’s performance, let’s talk about BB weights.

Most airsoft BBs are standard. Common BB weights are 0.12 grams and 0.20 grams. You’ll also find others ranging between 0.25 grams and 0.40 grams. Heavier BBS requires more force to push them down range. But with the sufficient force, they travel true, increasing your chances of hitting the target.

Lighter BBs like the 0.12-gram variants require little force to push them out of the barrel. But they are susceptible to being acted on by the wind and gravity. If you’re skirmishing at close range, lighter BBs are recommended because of their high rate of fire. There’s a caveat though. Light BBs can only be used on replicas with less than 250 FPS. 0.12-gram BBs have a hollow inside, which is why they’re light. When they are pushed through a barrel at speeds greater than 250 FPS, they’re more likely to shatter, damaging the weapon.

If you’re looking for a compromise between heavy and light BBs, you might want to go for ones weighing between 0.20 grams and 0.28 grams. They are versatile in the sense that they enjoy the best of both worlds. They travel much further due to their weight, and at the same time, their rate of fire is optimal. You can use them for long range rifle action as well as on weapons designed for close-quarter engagements without any hiccups. But they lose their accuracy when used over long distances. Most 6mm BBs fall under this weight class.

The heaviest BBs like the 0.30 gram and the 0.40-gram BBs achieve higher flight stability over long ranges. You’ll often use them on high-powered AEG sniper rifles which generate sufficient muzzle force. Most 8mm BBs belong to this weight class. There are even 8mm BBs weight 0.60 grams, although you’ll rarely have to result to such a large projectile on the field.

Is There a Difference Between the Construction Material for 6mm and 8mm BBs?

Airsoft BBs are only as useful as the material they’re made out of. And the quality of the projectile matters quite a lot on the field. Low-quality BBs with deformations, often perform poorly. They are also known to wreak havoc on airsoft replicas.

That said, there are two distinct types of BBs, often differentiated from the material they’re made from. You have your biodegradable BB (you’ll hear them being referred to as bio ammo) and your non-biodegradable BBs. Both are made from different materials, and they can either be 6mm or 8mm BBs.

Biodegradable BBs while manufactured from a plastic known as polylactic acid that is water soluble. When left in an outdoor field, they always decompose when exposed to moisture. It takes about 47 to 90 days for bio ammo to completely break down into water and carbon dioxide at a recycling plant. It might take a bit longer for them to decompose in a natural environment, but they always break down. Bio ammo tends to be expensive compared to non-biodegradable BBs.

Not a lot of people go for bio ammo. That’s why you’ll find most bio BBs in the standard 6mm size. That doesn’t mean you can’t find 8mm variations though, but you’ll most likely have to go to a specific store to get them. Non-biodegradable BBs, on the other hand, come in all sizes and weights. You’ll also find that most high-speed BBs are made from ABS plastic, but there are bio-degradable high-speed BBs on the market. So, you have no reason not to buy non-bio ammo because you want high-speed projectiles or because you won’t get the higher weights. You’ll get non-bio ammo in just about any size and weight.

So, there you have it. That’s about everything you need to know the different BB sizes, their characteristics, and how to use them. Just remember to use the right sized BB on your replica if you want the best performance. Whenever you want to use different sized BBs, make sure you make the necessary upgrades and modification on your gun to avoid damaging it.

Whichever BB size you need, you’ll get it as bio ammo or non-biodegradable variation. Even though bio ammo might be a tad bit expensive, you’ll be doing the environment a huge favor using it.